The Cimbali Group president explains how the idea of creating a museum dedicated to coffee machines came about. Launched to celebrate the company’s centenary, it’s now a key part of the communications strategy

An entrepreneur right to his heart, Maurizio Cimbali is open to the future, humble about his past and focused on the present.  He is a unique entrepreneur who embodies the values of a company that has been a purveyor of excellence in Italy for over a century.

Cimbali is the president of the Cimbali Group, which includes the LaCimbali, Faema, Casadio and Hemerson brands. Coffee machines are an integral part of the family’s DNA.  “I’m part of the third generation, but my children already have a role in the company,” he explains… 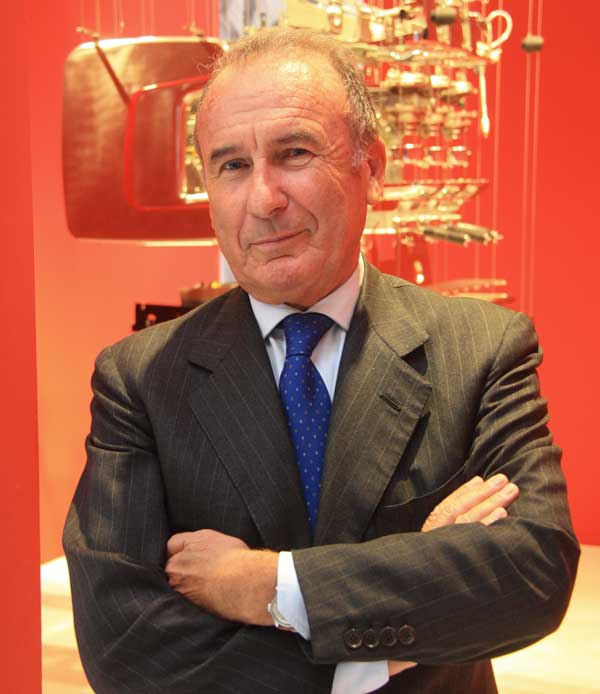 One hundred years ago…

The Cimbali family’s relationship with coffee began over 100 years ago, when grandfather Giuseppe Cimbali opened a small store in central Milan’s Via Caminadella. From this store, the Cimbali family conquered café counters all over the world. Nowadays, the company is based in Binasco, on the outskirts of Milan. MUMAC stands alongside the offices and workshop. “It’s the jewel in our crown,” says Maurizio Cimbali, with more than a hint of satisfaction.  It was the third and fourth generations of the Cimbali family who had the idea of creating a museum dedicated to coffee machines in order to celebrate the company’s first 100 years. 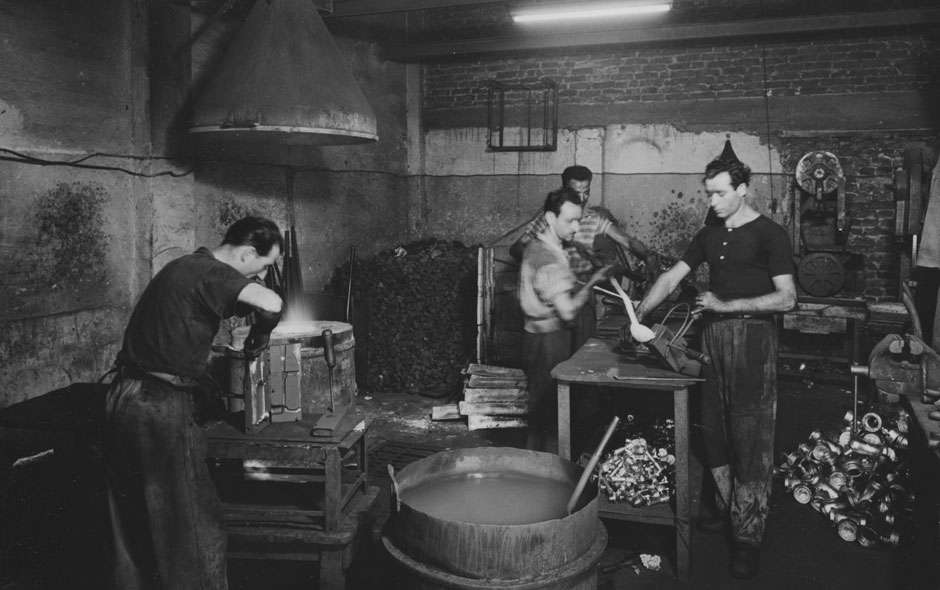 “It was 2010, right in the middle of the economic crisis,” explains the president. “When we started to think about doing something special to celebrate the centenary, we had to choose between making a dream come true - the museum - and organising a big event. We opted for the first idea, despite worries about the substantial investment we’d need to come up with. The event would have been over straight away, but the museum would be there forever. That’s how we came to build MUMAC. It proved to be the right choice, because the museum now has a really important role within the Group.”

Of the many brands available on the market, LaCimbali is one of the few never to have changed hands. “We told ourselves that if we didn’t build the museum, a company that’s been producing machines for over a century, nobody ever would,” he explains. Thanks partly to the contribution of Enrico Maltoni, whose extensive collection provided the majority of the models on display, MUMAC has become a cultural hub. The museum not only explores the history of coffee machines, but also documents the evolution of the custom of drinking coffee and of Italian society itself. Every single day, the museum is visited by stakeholders, students, families, researchers, technicians, designers and other curious souls. Cimbali, a fourth-generation Milanese, was recently awarded the keys to the city by the municipality of Binasco for having invested in the local area and for the success of the Group, of which the whole community is proud. 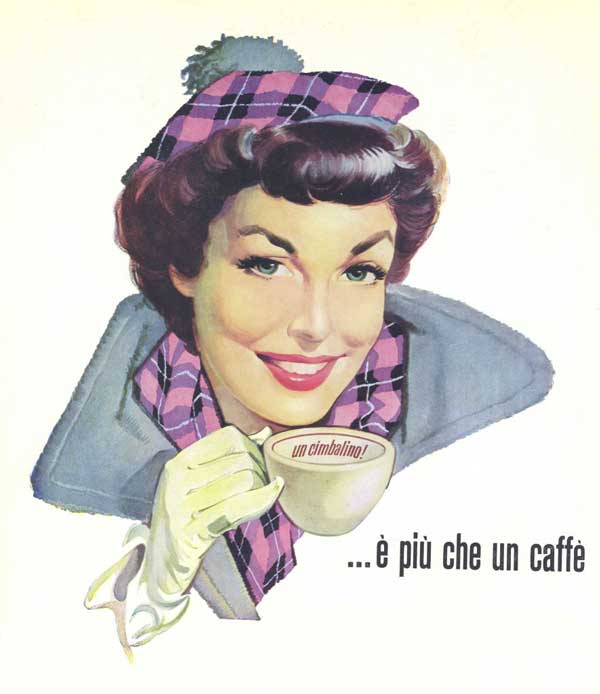 The Ferraris of the cafè world

These successes have made the machines produced by the Group’s main two brands, LaCimbali and Faema, into cult Italian products. Such is the technology, innovation and style involved that they have even been compared to Ferraris. “It’s amazing to hear,” admits Cimbali. “The comparison is encouraging but also carries with it great responsibility: we’re leaders and as such we cannot allow ourselves to mess up.” And how is he going to ensure that they don’t? “You have to use your head, but most importantly your heart,” he explains. “I believe that having positive human relationships between my staff is fundamental. I learned that from my father and I'm trying to pass it on to my own children. When you realise that you’re succeeding, it’s a great feeling.”

Cimbali’s satisfaction is there for all to see when he excitedly explains that the most southerly bar in the world, in Ushuaia, the capital of Tierra del Fuego situated just a few kilometres from Cape Horn, they serve coffee using a LaCimbali machine. Similarly, in South Korea and China small cups of espresso are becoming one of the trendiest drinks around, while people are gradually learning to appreciate it in India too.

The coffee machines are like global ambassadors speaking a universal language to all people around the world: the mouse-tail shape of that first drop of liquid, the perfect temperature and all the other rules that have to be adhered to in order to produce the perfect coffee.

"The Gioiello is my earliest memory"

MUMAC features some of the most important coffee machines in history, but Cimbali has his own favourites: the Gioiello and the Granluce. “The first one because I remember the presentation at the Fiera Campionaria in 1950,” he explains. “I was at my father’s side and it was an amazing feeling to see the machine presented inside an enormous jewel box with stunning water effects all around. As for the Granluce, I still love how original the design is, especially the strip of light which defines the edges of the bodywork. It was also revolutionary because it was fitted with our patented hydraulic system which makes the barista’s life easier thanks to fully automated output.” 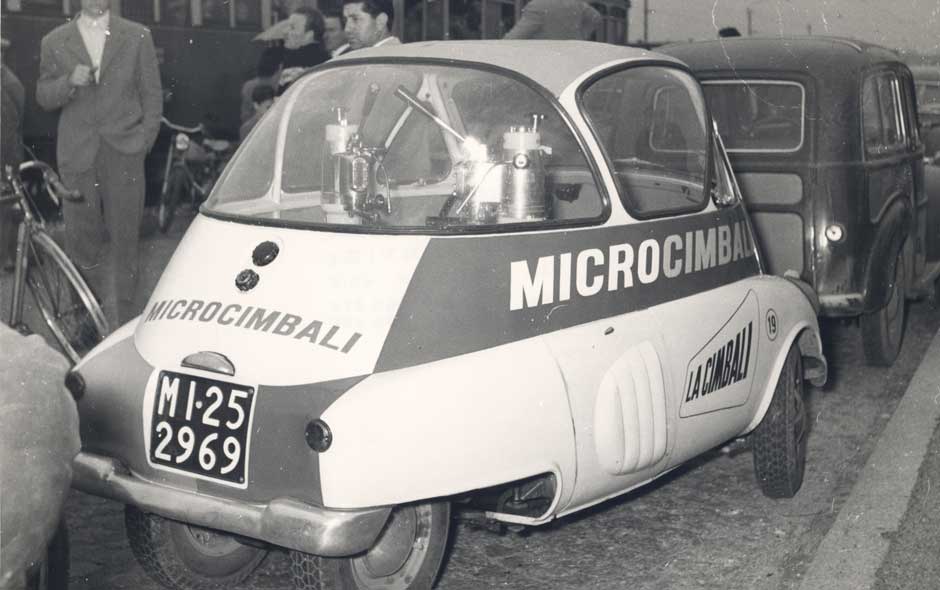 MUMAC, documenting the evolution of a sector

The president speaks about his creations with all the warmth and affection you might have for a close family member. He grew up around coffee machines and knew that his destiny might be there - in the family company - ever since he was a lad. “I nearly didn't make it,” he reveals. “My father tried to warn me off joining the company and instead encouraged me to find a different job. It was the late 1960s and the situation wasn’t the best. There was an epochal shift taking place in the factories - unions were coming in and the workers’ statute was introduced, none of which helped the climate of uncertainty.”

In the end, Maurizio did indeed follow in the footsteps of his grandfather and father, showing the same passion, strength and desire to bring the best possible products to market. Cimbali believes that there is only one way to do this: to design and produce all products internally within the company. “That’s still the way we do things here,” he says. “All the design, development, production, sales and assistance are all done here in the Cimbali Group.”

The Cimbali family is proud of its history and proud of its LaCimbali and Faema brands, which are fitting standard-bearers for a sector that has always been one of the most thriving of our economy.

And MUMAC is there to document it.