He bought his first coffee machine at a market - it didn't work, but he was fascinated by it. Since then, he’s dedicated his life to collecting and restoring machines. He has written books, organised exhibitions and - thanks to his collaboration with Maurizio Cimbali - realised his dream of setting up a museum

You know what they say: you never forget your first love. So it’s no surprise that Enrico Maltoni, one of the leading coffee machine collectors in the world, has no hesitation when asked which model he keeps in his heart: «“A Faema Marte from the 1950s - it was the first one I bought.”

That’s where it all began.

The year was 1988. Maltoni was just 18 years old, working as a barista making coffees in a café in his hometown of Forlimpopoli: “The first machine I ever worked with was a Faema E61” he recalls. Like all youngsters from Romagna, he had a love of cars. . “That was up until I went to a market in Arezzo and saw the Faema Marte on an antiques stall,” he explains. It was dusty and broken, but Maltoni was fascinated by the beauty of that object, the body of which was not dissimilar to the chassis of a classic car. He decided to buy it.

It was a moment that changed Enrico Maltoni’s life forever. When he returned home, he decided to restore it. But when he opened it up, he realised that he would never be able to do the job on his own. He was able to dismantle and reassemble a car engine, but coffee machines were a whole different ball game. He did some research, phoned the company and met up with local repairmen, who helped him restore the Marte to its former glory. The experience left him with a burning passion for coffee machines. 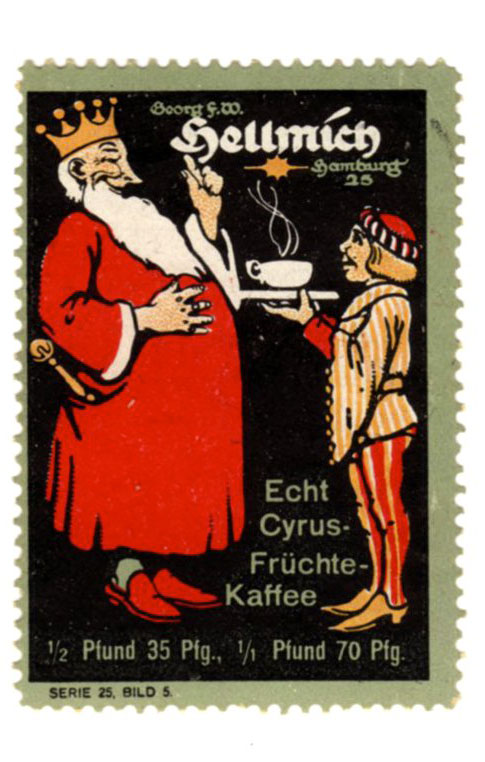 Things started to change. He had stopped working for the café and was running a couple of clothing stores. At home, the old Marte was joined by other models he picked up in markets, antique shops, company storerooms and old cafés and restaurants. “In the space of ten years, I bought around 50,” he explains. “I started to realise that in order to have a complete collection, I needed documents as well as machines.” Today, the Maltoni archive holds over 25,000 documents including designs, patents, leaflets, stamps and advertising material.

A hobby becomes a job

In 1999, Maltoni noticed that interest in his collection was growing. He realised that something he had always seen as a hobby could now become a profession. He created a network of collectors of 20th-century objects (not all from the same sector), who informed him when new models went on sale in the biggest markets in Italy: “They’re my informants,” he says. “I have a thousand of them around the world. We help one other reciprocally. I let them know when I see objects that might interest them in Italy.” He continued to buy, restore and resell coffee machines and even created an exhibition in his town named Espresso-Made in Italy. “I was stunned by the level of interest and the number of visitors it attracted,” he admits. «“I decided to replicate the exhibition in other towns, with similar levels of success. I put on 42 exhibitions in ten years and, thanks to funding from the Ministry of Foreign Affairs, I was able to organise them overseas, in places such as South America and Thailand.”

The exhibition was followed by a book with the same title, but Maltoni didn’t just stop at writing the thing. “No publishers showed any interest, so I decided to do everything myself. I had it printed and published at my own expense,” he says. The book has so far sold over 9000 copies. Then, in 2002, he met Maurizio Cimbali, president of the Cimbali Group. “It is thanks to him that I was able to make my dream of setting up a museum come true,” he admits.

The two men met in Parma during one of Maltoni’s exhibitions. Cimbali invited him to the company and, being the two coffee-machine lovers that they are, conversation inevitably shifted from the collections to the idea of setting up a museum.

As a result of their meeting, Maltoni and Cimbali pooled their personal collections to create the largest collection of coffee machines in the world. “I instantly bought into the idea of helping to set up the museum because Maurizio Cimbali made it clear that MUMAC wouldn’t be telling the story of his company, but documenting the evolution of an Italian custom and the development of an important sector of our economy,” explains Maltoni. “The coffee machine is at the heart of that most natural of environments for Italians: the café. It’s an object that has had - and continues to have - a huge impact on our lifestyle and is a subject that has been explored by the great and good of design, such as Gio Ponti, Caccia Dominioni, Munari, Sotsass, Zanuso and Giugiaro.”

Though his dream was fulfilled, Maltoni didn’t let up. He continued to travel the world in search of coffee machines that fit his time-honoured criteria: quality, rarity, originality.“I find about 100 every year,” he says. “I buy some to restore them and sell them on.” In order to do this, he opened Officina Maltoni, a specialist workshop dedicated to the restoration of coffee machines produced between 1900 and 1960. Design and practicality are the two main characteristics Maltoni looks for in a coffee machine. “Aesthetically speaking, I prefer the La Pavoni DP47, nicknamed the ‘Cornuta’, the Faema Saturno and LaCimbali Granluce. I find that the most practical machines are the Classica Gaggia, which was the first to enable users to obtain a cream, the Faema E 61 and the Pitagora by LaCimbali.” 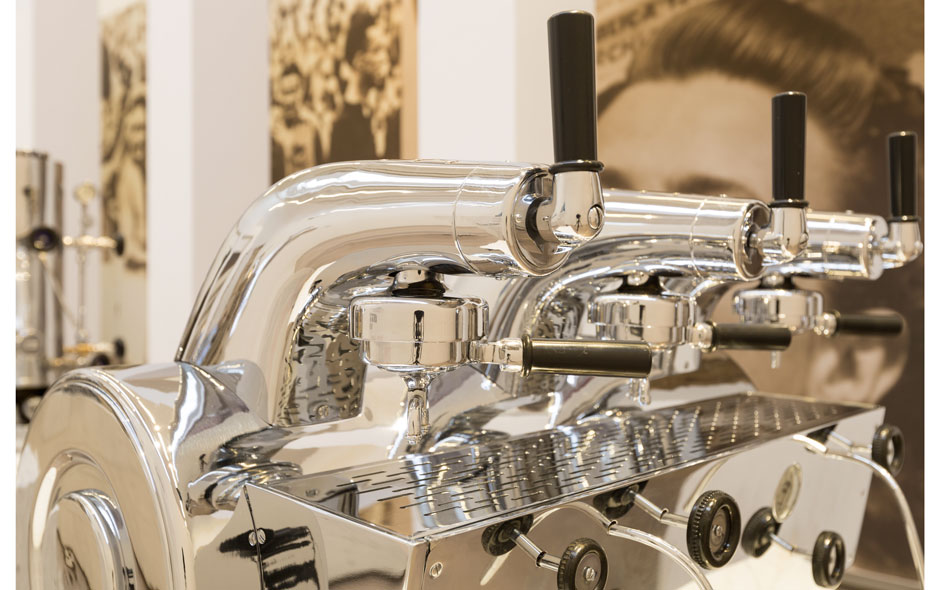 The next generation of collectors

There is, however, another model which Maltoni bought very recently and is particularly fond of. “It’s a toy coffee machine for my four-year-old daughter Flora,” he explains. “She loves it and never stops playing with it!”

We can rest easy, it seems. Enrico Maltoni’s collection will live on long into the future - he’s already passing on his passion to the next generation!