The Origins: espresso is born

A focus on the future and industrialisation, the birth of the automobile and the first coffee machines in the quintessential Art Nouveau style

The birth of espresso and coffee culture

In the early 20th century, national income was 50% higher than it had been in the late 1980s despite the fact that Italy was extremely divided in both economic and social terms. One thing did unite the country, however. It was the steady rise in the number of cafés which began to become meeting points for aristocrats, intellectuals, ladies, girls, youngsters and the working class. Instead of meeting up in their own homes or outside the factory gates, people started getting together in cafés to chat, gossip or simply spend a bit of their free time in good company. Cafés opened across Italy and became busier by the day, to the extent that tables were set up on pavements and in squares whenever it wasn’t raining. 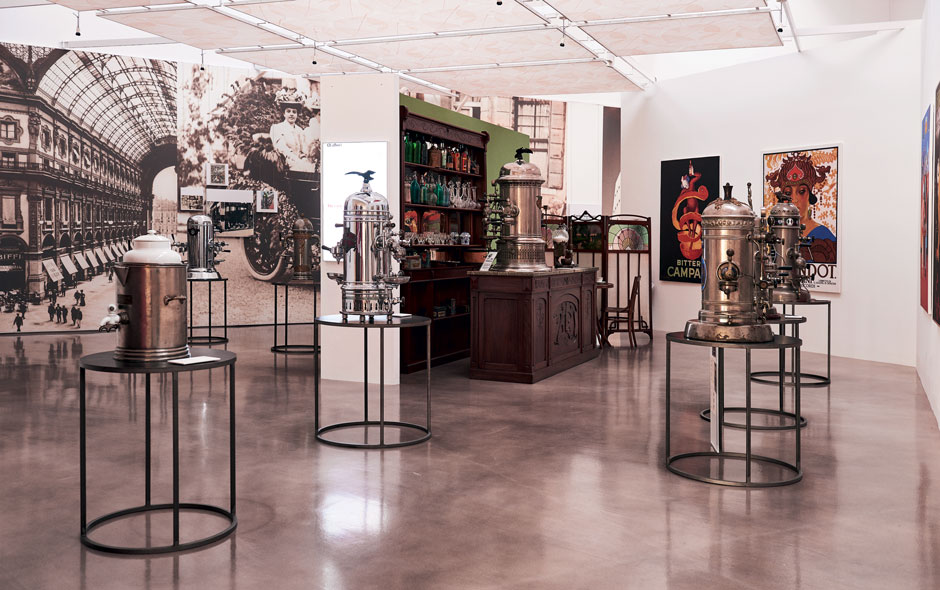 Espresso and the Ideale

It was in this period that a burgeoning coffee culture sprung up, thanks in the most part to the genius of two engineers. The first, Angelo Moriondo, owned the “Chiosco del caffè ligure” in Turin. In the late 1800s, he installed a “beautiful machine for making coffee” which produced “concentrated, flavoursome coffee” (from the Gazzetta Piemontese on 24 July 1884). However, the machine was never seen outside of his Turin cafés, and in 1901 the Milanese Luigi Bezzera filed a patent for a new coffee machine which was then manufactured by the entrepreneur Desiderio Pavoni. In 1905, production of the Ideale began. It was the first espresso coffee machine that produced coffee quickly and at the behest of the customer. The machine was positioned on the café counter, adding to the furnishings and merging effortlessly with the Art Nouveau style popular at the time. The decorations on the dome represented the coffee plant, in an attempt to raise awareness of a product that was still considered exotic and was largely unknown to the majority of the public.

The machine could produce up to 150 cups per hour on the request of the customer. Soon, espresso became synonymous with Italian coffee - delicious and strong. 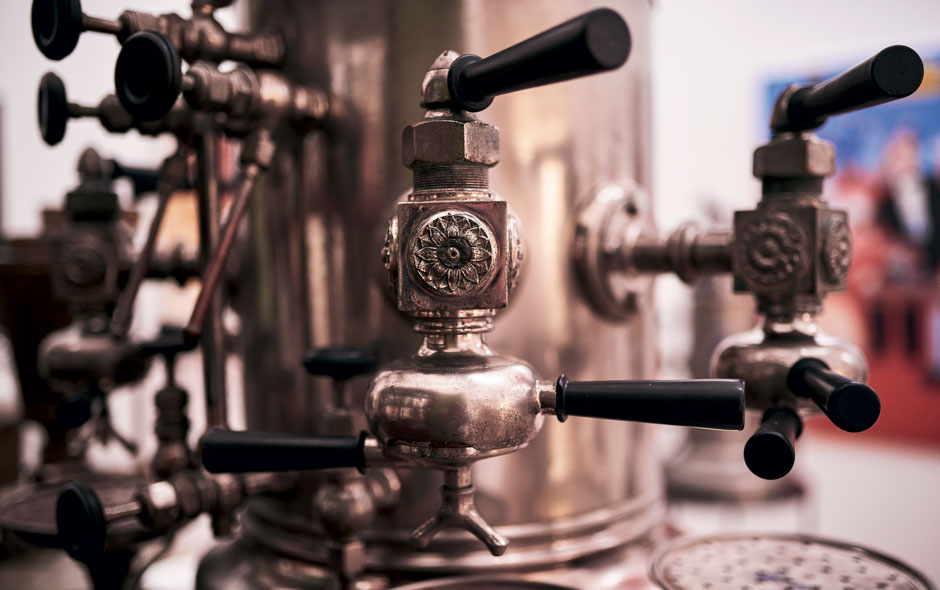 The production of coffee machines began to take hold during a period of some upheaval, where - despite the problems of such a divided country - a process of industrialisation took hold in the textiles, iron and steel, chemical and automobile industries in the North. There weren’t yet any large international companies in the car sector, allowing a Turin entrepreneur named Giovanni Agnelli to found Fiat. The factory closed a few years after opening, around the same time as Bezzera’s invention. It employed 150 employees and accounted for around a fifth of all car production in Italy.

Testimonies from the time:

«Anything made well can be made better»

Column-style machine featuring taps for hot water and steam. The boiler was powered by a gas hob at the base, or by electricity. It was the first model in history to be mass produced, with Desiderio Pavoni making use of the patent granted to Luigi Bezzera.

Column-style machine with elegant shape and materials. It was produced by Victoria Arduino, which was founded by Teresio Arduino, a pioneer of the sector who improved the production of coffee machines by focusing on quality, function and aesthetics.