Recovery began in the early 1950s, leading to a thirst for innovation. The lever technology revolution gets underway and the café is born

On 11 May 1946, Milan's Teatro alla Scala reopened after the Second World War with a “concert of reconstruction” conducted by a roundly applauded Arturo Toscanini, who had just returned from the self-imposed exile he served in the United States during Fascism.

It was the sign that the country was picking itself up. 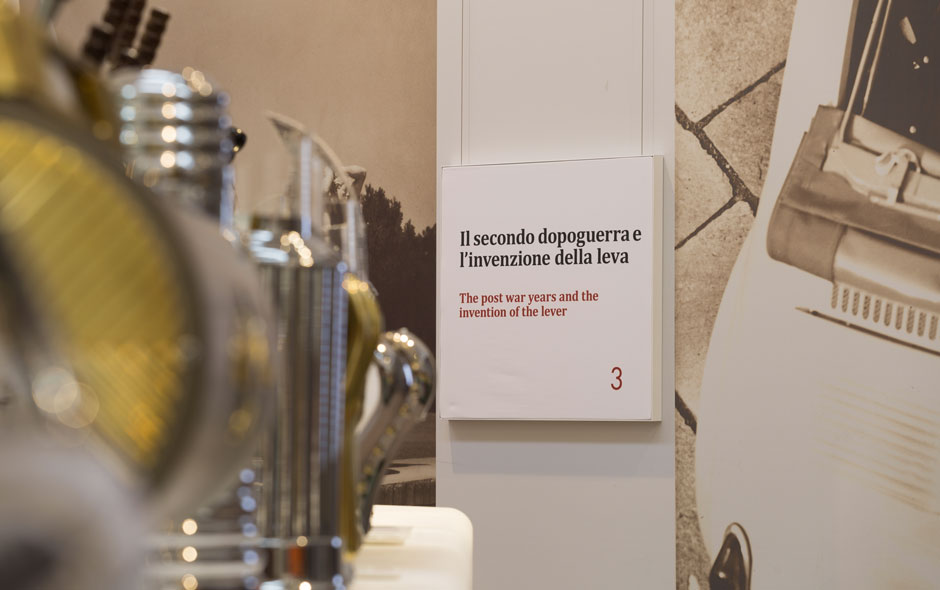 This renewed enthusiasm meant that the daily ritual of coffee was increasingly enjoyed in establishments, or bars, as they were known in Italy. The number of customers grew and the desire for experimentation that abounded during what was one of the most creative and fascinating periods in Italian history prompted coffee machine producers to turn to architects and designers to help create new products that reflected changing needs. The design was strongly influenced by the American style, and so jukeboxes, cars and classic buildings became the source of inspiration for designers.

Crema in the cup

The real revolution began with the invention of lever technology, which enabled machines to pump very hot water, at a very high pressure, over the coffee powder. This meant that the coffee was no longer burned by steam, as had been the case with earlier machines, but instead the new machines were able to extract aromas, create a fuller flavour and obtain the crema so synonymous with espresso. The technology had actually been patented by Achille Gaggia ten years previously but had been shelved due to the outbreak of war. The innovation transformed espresso into a cult and turned the “macchinista”, the person qualified to operate coffee machines thanks to their stokers’ licences, into a “banconista”. These lever-machine operators were experts, with the machines now positioned on the counter - “bancone”, in Italian - in front of the customer. 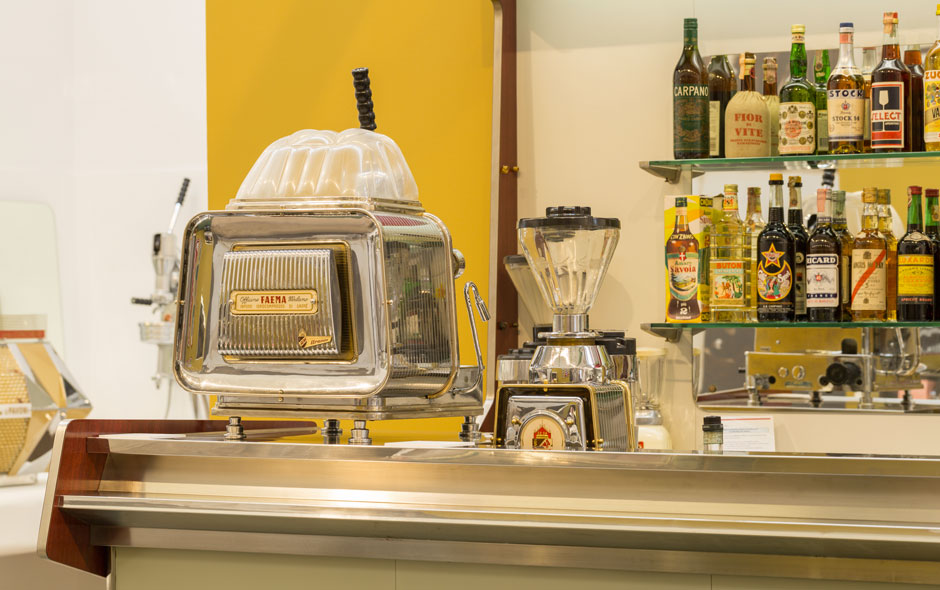 Vespas e Lambrettas for all

The country’s recovery was confirmed by the number of automobiles on the roads, with production quintupling. While a few years previously most people would only have been able to afford Vespas or Lambrettas, by the start of the 1950s eight out of every 100 Italians owned a car. It was enough for the papers to start complaining of traffic problems for the very first time. Even coffee machines, which in the times of the Ideale were produced in very small numbers (just one a day), beyond to spread from north to south and transcend Italian borders thanks to Gaggia and FAEMA.

Arturo Toscanini, considered one of the greatest orchestra conductors of all time:

«Nobody knows what the maximum they can achieve is»

The first machine to use the lever system to force hot water over ground espresso with 9 BAR pressure (Gaggia patent). The result was espresso with crema. This model belonged to the first series and was built in collaboration with Officine Faema before the two companies began to produce independently. 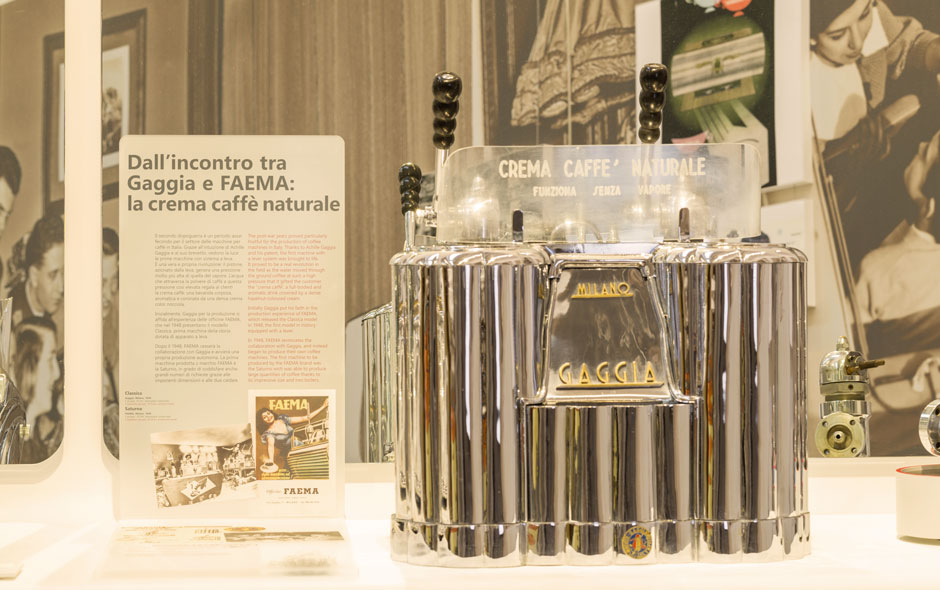 Large machine fitted with two boilers to enable it to handle large consumption demands. Perfect for train stations or cafés in town centres. The bronze and brass used mean it weighs a considerable amount. It is probable that the model on display at MUMAC is the only one in existence anywhere in the world.