The misery of a period that would go down in history as the Anni di Piombo [Years of Lead] was thankfully replaced by bright colours of coffee machines, which were being produced in new shapes and using cutting-edge materials. Created by famous architects and designers, they featured new technology (such as the volumetric electro-pump in the TRR Faema, which later became the iconic E61) and set a new benchmark for espresso quality. Gio Ponti, Bruno Munari, Achille and Pier Giacomo Castiglioni, Rodolfo Bonetto, Marco Zanuso and Ettore Sottsass were just some of the illustrious names that turned their attention to the world of coffee machines during this time. Such was the unerring pace of innovation that LaCimbali’s Pitagora - designed by the Castiglioni brothers - even won the prestigious Compasso d’Oro in 1962.

Espresso in every cafè

In the early 1960s, come 31 July cars all over Italy would be packed up the previous evening as husbands counted down the seconds until holiday and wives made the last few sandwiches. Families set off while it was still dark, hoping to avoid traffic jams and blockages, while most would stop off along the way to gulp down a coffee to make them stay awake. These were the years of the first summer exoduses, when factories and offices closed their doors on the same day and - just hours later - thousands of families would take to the roads in cars piled high with luggage. It was only a holiday, but it felt like moving house. After all, many spent the whole months away, moving their entire lives to the seaside. The beaches became open-air theatres. The spectacle? The evolving habits of the Italian people. You see, holidays were no longer an elite privilege. They had become a social achievement. 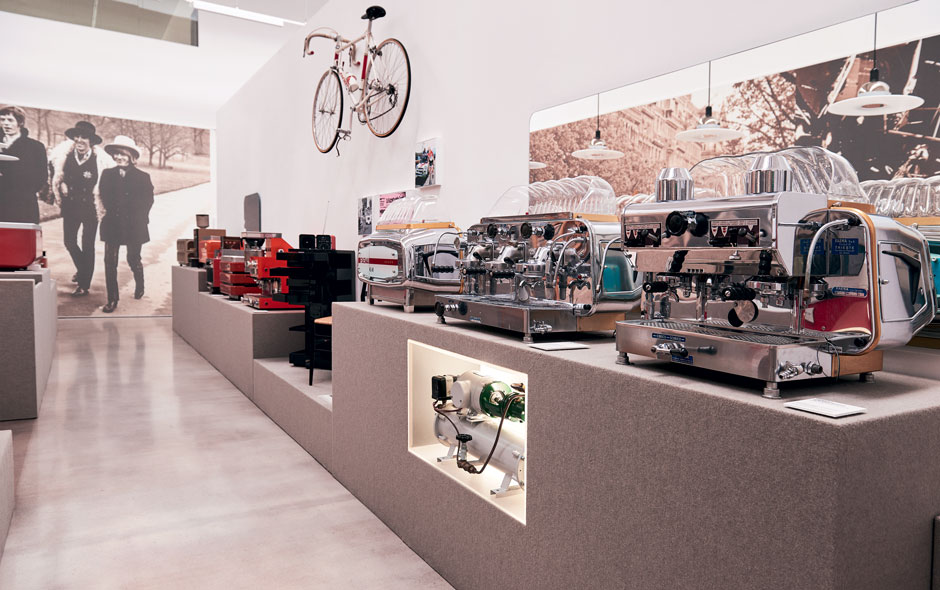 The wider economic boom saw a custom imported from the USA take hold in big cities: supermarket shopping. At the same time as this, previously unknown habits came into play, such as using a trolley and the customers taking the goods from the shelves themselves. For the first time, sales grew for soap, perfume, shoes and - above all - electrical appliances, televisions and washing machines. It was within this context that the industrialisation of the coffee machines sector began in earnest. They became standardised machines which could be easily put together on assembly lines - gone were the artisanal models of old.

The work of Italian designer Achille Castiglioni was always oriented towards practicality. «I entered the home of every person», he said when he learned of the success of the circuit breaker for the Vlm light.

A coffee machine with a modified hydraulic system, it started automatically whenever you inserted the filter holder, thus creating the slogan:

«The machine that makes coffee by itself»

The machine was designed by the brothers Achille and Pier Giacomo Attilio Castiglioni. It was the first time that stainless steel was used and colours and serigraphy introduced. The brothers won the Compasso d’Oro prize for the Nuova Pitagora in 1962. 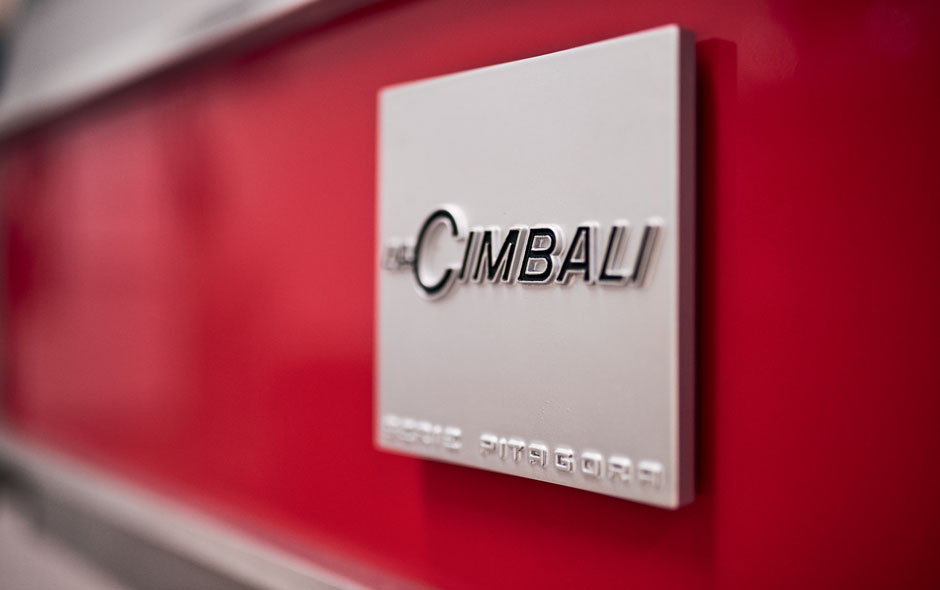 This machine featured two boilers, one of which was used exclusively to emit steam. The pump and flanged groups were kept at the right temperature by water rather than steam, hence the name Adjusted Thermal Heating (TRR). The machine was named Tartaruga. After some modifications, it became the famous E61.