LET ME TELL YOU A STORY

ESPRESSO FOR EVERYONE From the bitter, black and boiling espresso to espresso crema, companies, characters, trials and errors passed by, and for almost 40 years the taste of coffee was anchored to that of the early days. Until a new invention from the barista Achille Gaggia from Milan finally made it possible to dispense with […]

From the bitter, black and boiling espresso to espresso crema, companies, characters, trials and errors passed by, and for almost 40 years the taste of coffee was anchored to that of the early days. Until a new invention from the barista Achille Gaggia from Milan finally made it possible to dispense with the use of steam. Espresso coffee took on the appearance, colours and aromas we know today. None of this would have been possible without the ability to grasp the potential of the company on the part of Carlo Ernesto Valente, founder of FAEMA. 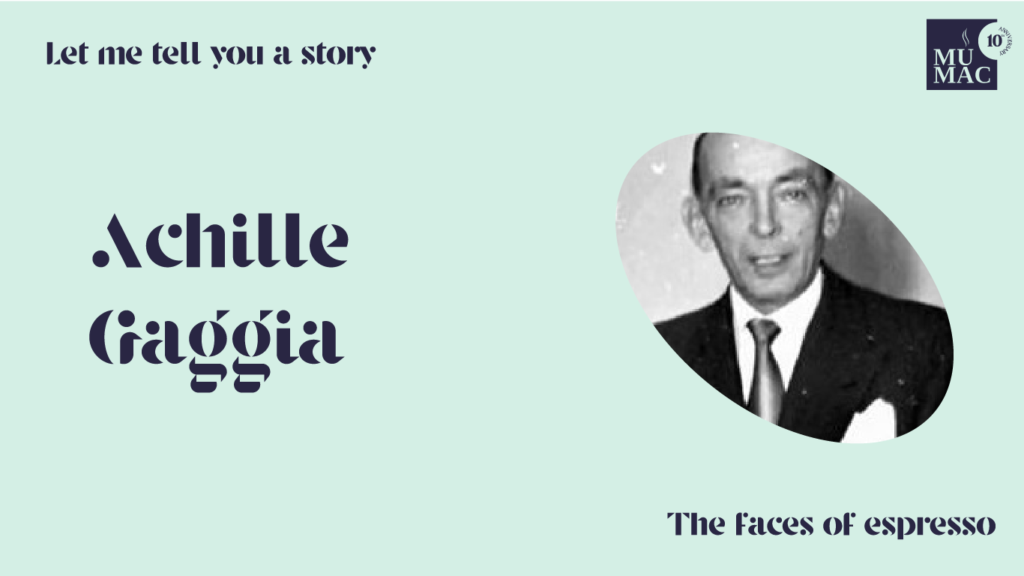 The barista from Milan Achille Gaggia is credited with the espresso as we know it today. In 1948, his invention, perfected over the years, led to the lever patent that allowed the extraction of ‘crema caffè naturale’ (espresso crema) without steam. The increased pressure exerted on the water by a piston actuated by a spring ‘loaded’ by the lever led to the birth of espresso crema, that emulsion of essential oils without which we would now not consider a coffee to be an espresso. Gaggia improved a patent he had acquired in the late 1930s and worked on it, but did not have the means to make a real machine. In 1948, he turned to Carlo Ernesto Valente who had founded FAEMA, an acronym for ‘Fabbrica Apparecchiature Elettriche Meccaniche e Affini’ (Electrical Mechanical and Similar Equipment Factory) in 1945. The FAEMA workshops already produced machinery of various types and Gaggia decided to give it a try by submitting the idea to Valente, although he feared the response would be a no. Valente did, however, decide to develop the idea and thus started production of the first machine that ‘works without steam’: the Gaggia Classica, a Gaggia patent from the FAEMA workshop.

VALENTE: the industrialist who gives the product stability 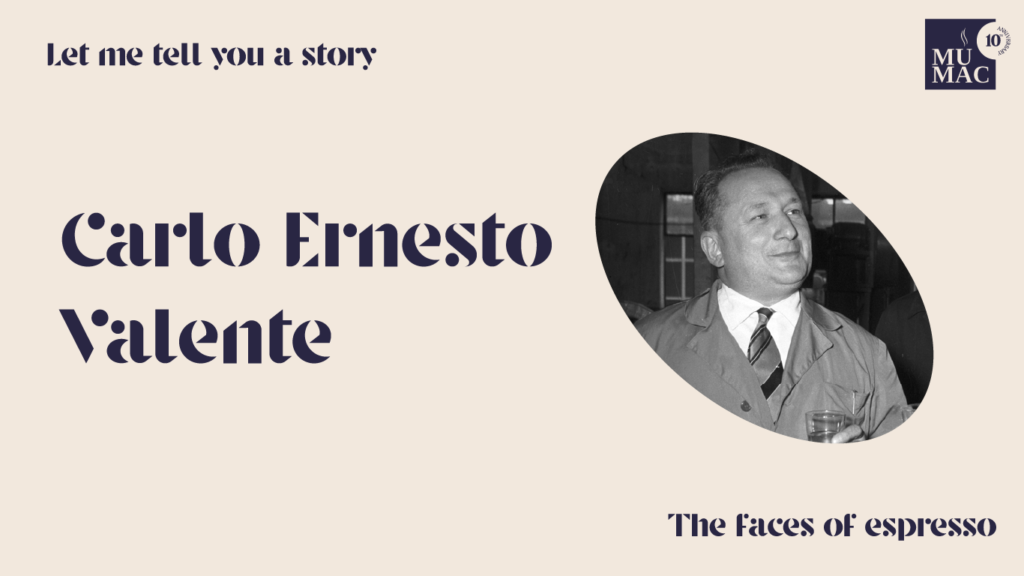 Carlo Ernesto Valente had founded FAEMA in 1945 to produce electrical equipment such as phones, hair dryers, toasters, fans, vacuum cleaners and many other items that in the post-war economic boom were to help ease everyone’s workload. When he received Gaggia’s proposal, he agreed to industrialise his invention. After three years, however, the two entrepreneurs’ ideas began to diverge and they decided to take go their separate ways, taking production with them. Valente continued with his own extensive series of machines, culminating with the creation of the E61, the machine that ‘stabilises’ the finished product, improves the quality of the work by removing lever fatigue and, above all, improves the extraction. Through pre-infusion, espresso crema can be extracted, giving truly the best coffee. The machine, a true industry icon, is still produced today, holding the record for longevity in production and number of units sold worldwide. 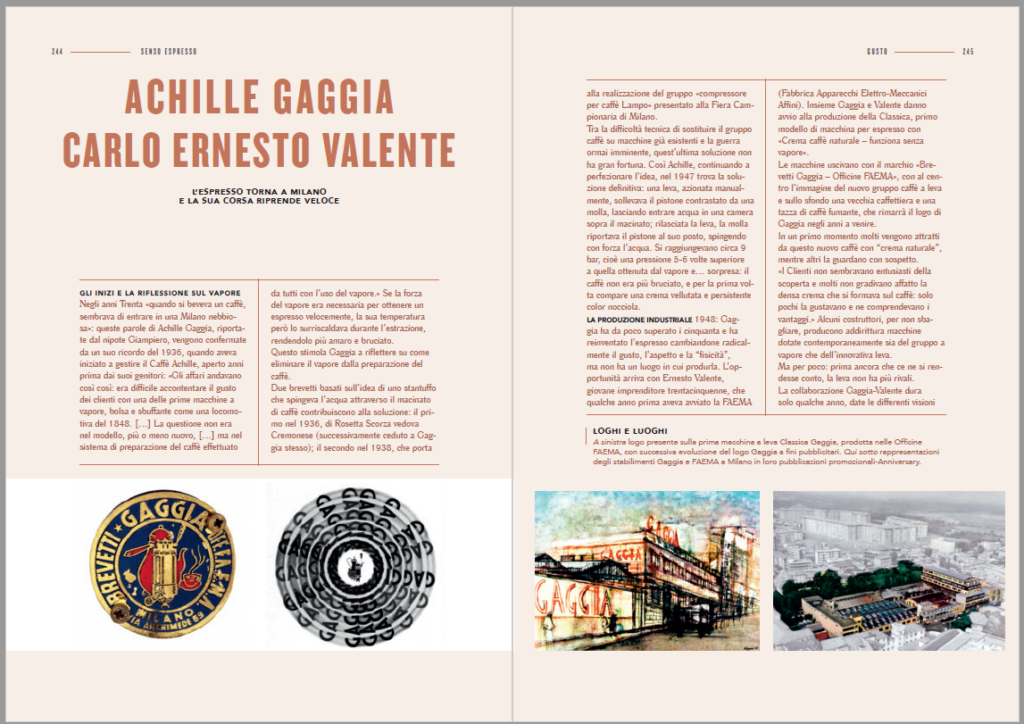 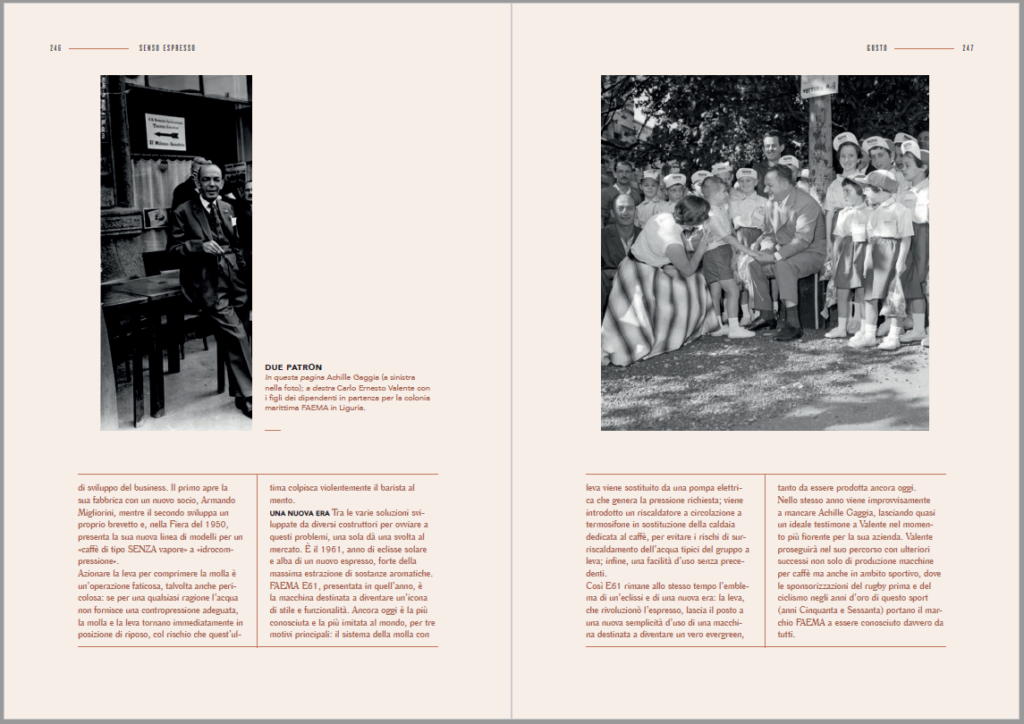 ALL THE ESPRESSO FACES