With its original, curved shape and bright red colour, MUMAC welcomes visitors to a multi-sensory space dedicated to coffee culture

A wave of red slats in curved metal attracts and intrigues visitors. The wave stands inside the headquarters of the Cimbali Group, where once there stood a depot used as storeroom. Nowadays, the building - with its typically industrial style and 1800 square metres of reinforced concrete and grit - has been converted into the biggest coffee machine museum in the world thanks to an architectural project of rare elegance and modernity. 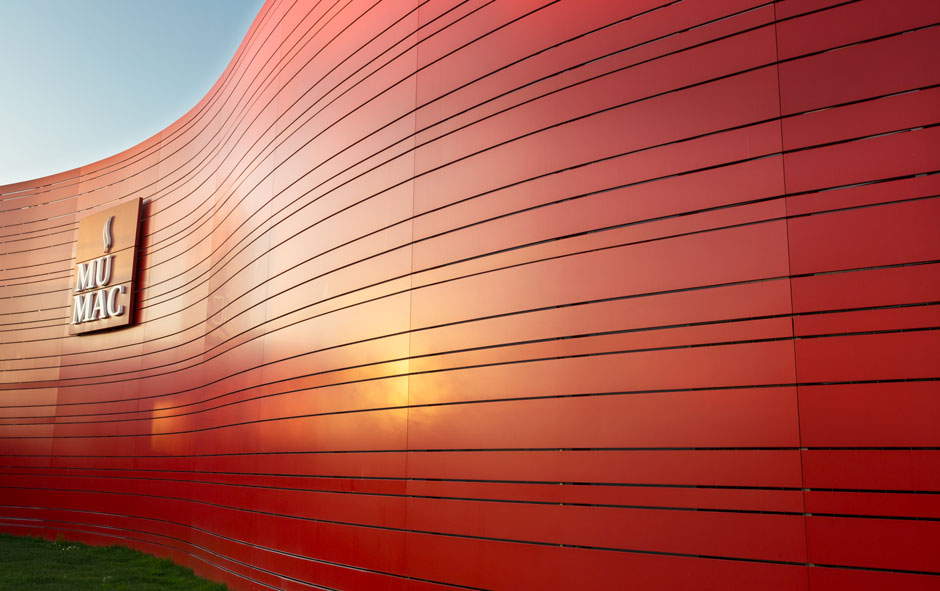 The curvy, harmonious forms of this multi-functional space were designed by the architect Paolo Balzanelli and the engineer Valerio Cometti (link a pagina dettaglio intervista), who oversaw the entire project - from deciding on a logo to designing the spaces, exhibition layout and furnishings. Your attention is immediately captured by the “Cimbali red” curves that cover the existing building, evoking the steam given off by coffee in the cup.

Inside MUMAC, starting from reception the visitor is launched into a series of highly evocative rooms which reflect the spirit of a particular historic period and allow people to relive the essence of the time. As visitors move from room to room, the café and bar counters are replaced by simple supports which allow the espresso coffee machines to take centre stage. The models seem to evoke the historic period in which they were designed and created. Despite the stylistic uniformity of the white walls, with skylights which create a contrast with the coffee-coloured floor, each room feels very different. The visitor is catapulted from decade to decade courtesy of several unexpected surprises. Indeed, MUMAC doesn’t just display coffee machines. It recreates the very essence of the historic period in question, with typical furniture, background music and evocative graphics (link a Esposizione). 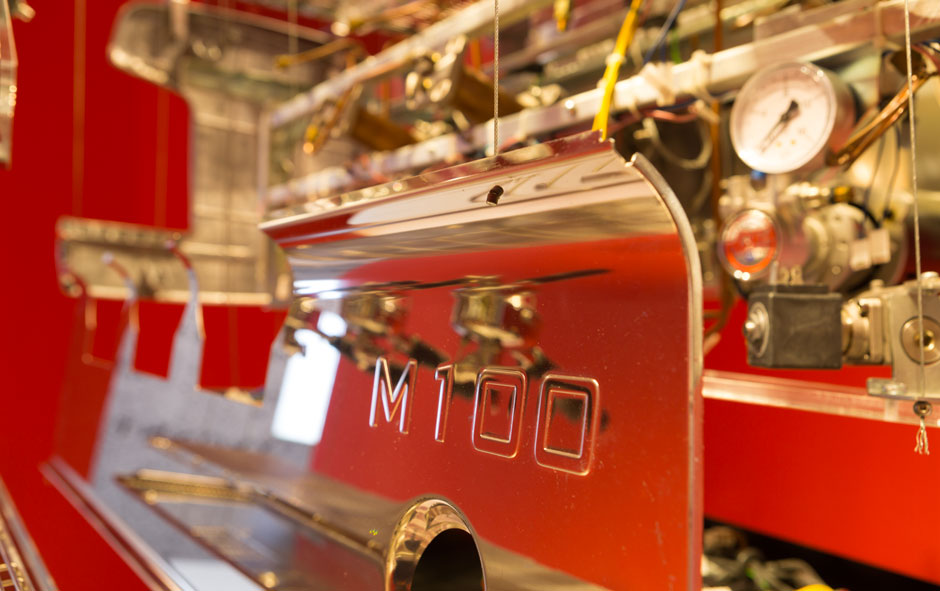 This fluidity and stylistic coherence enable the visitor to immerse themselves in MUMAC, emerging culturally enriched having experienced a range of emotions and sensations. The relationship between museum and visitor reaches its climax in the tasting and training rooms, where the MUMAC Academy holds its courses, and the final room, where a red shell conceals and then reveals an exploded view of LaCimbali’s flagship M100. The exhibit showcases the hi-tech heart that hides within every coffee machine.

“MUMAC expertly combines emotion with knowledge,” explains the architect Paolo Balzanelli. “It is structured into a linear exhibition route which begs to be discovered. Along the way, each room and era is designed to have a big impact, to keep the curiosity levels high and ensure the visitors are learning.”