by Antonella Andriani   When you think about design in relation to coffee machines, the first association that comes to mind is the Pitagora designed by brothers Achille and Pier Giacomo Castiglioni for LaCimbali: the first and only coffee machine to have won the ADI Compasso d’Oro in the award’s almost seventy-year history; it remains […]

When you think about design in relation to coffee machines, the first association that comes to mind is the Pitagora designed by brothers Achille and Pier Giacomo Castiglioni for LaCimbali: the first and only coffee machine to have won the ADI Compasso d’Oro in the award’s almost seventy-year history; it remains a true icon of design because it incorporates the characteristics of the products that enabled the economic boom in our country: production efficiency, first and foremost, exemplified by the use of the latest-generation stainless steel, by the geometric precision of simple shapes and by the use of colour and screen printing.

The 1962 edition of the Compasso d’Oro, won by the Pitagora, took place at the height of an epic period – characterized by average productivity growth of 84%, doubling of wages, and, in short, an optimistic vision of a better future made possible by hard work and an ability to get involved and experiment – and equally exemplary projects were awarded that year by the jury composed of Giulio Castelli, Franco Momigliano, Augusto Morello, Bruno Munari, and Pininfarina.

In addition to the Pitagora, the winners included the Downey television set by Marco Zanuso and Richard Sapper for Brion Vega Radio Televisore, no longer an elitist TV cabinet, but a small, portable and inexpensive transistor solution designed for every home and every room used by families in Italy (between 1958 and 1963, television set ownership rose from 12% to 49%) and abroad; the sophisticated experimentations of the JL curtain fabrics by Renata Bonfanti, the first woman to be awarded the Compasso d’Oro and a symbol of a feminine design that became increasingly aware during those years; the Spazio series of metal office furniture designed by Lodovico Belgiojoso, Enrico Peressuti, and Ernesto Nathan Rogers – or BBPR, which had designed Milan’s Torre Velasca a few years earlier – for Ing. C. Olivetti & C., an example of geometric modularity with maximum productive and compositional efficiency to satisfy a society that was resolutely migrating from agriculture to industry and, shortly thereafter, to the service sector; or Gino Valle’s alphanumeric tele-indicators for airports and railway stations for Solari & C., an example of electromechanical perfection that achieved global success in an increasingly mobile world.

But what is the sense in looking at solutions from the 1960s today? Because in many respects the contemporary pandemic experience is comparable to that of a Great War and we can entrust our hope – encouraged by history’s eternally cyclical nature, explored by Vico and Nietzsche – in the belief that in the ‘aftermath’ we can respond with reconstruction and, most importantly, with the start of a new economic miracle. A new miracle achieved by entrepreneurs and designers, accomplished by workers convinced that today, just as in the 1960s, the world must be rethought: a miracle made possible by people animated by a belief that we can make progress toward responsible and sustainable development. Let’s do it! 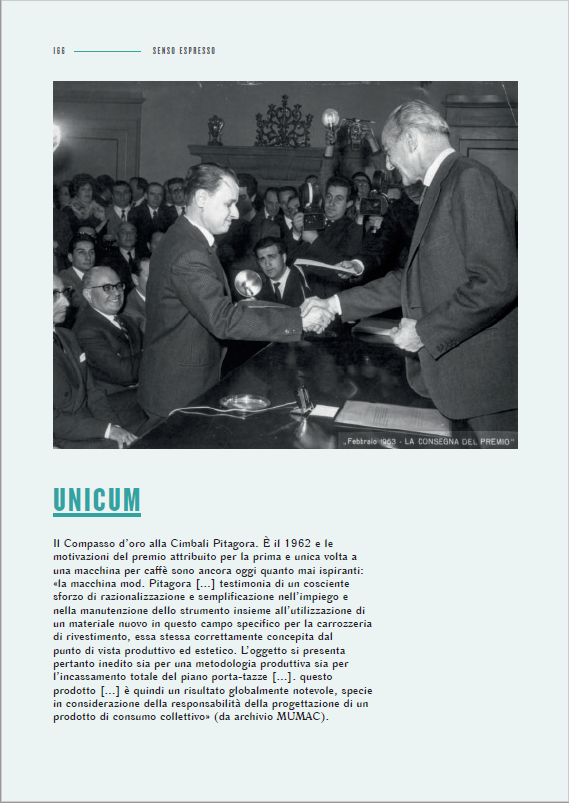