The smell of coffee was ever present in the literary cafés that hosted the composers of the great operas of history, some of which are returning to the spotlight with special events nurturing classical music and espresso culture

“Coffee is balm to the heart and spirit,” Giuseppe Verdi once said. Before him, Johann Sebastian Bach wrote the Coffee Cantata. In truth, there are countless anecdotes linking the world of classical music to the favoured drink of the literary class. It’s even said that Beethoven used to patiently count out the 60 beans needed for every cup so that his coffee would always be of the same strength.

Central to this bond were the famous literary cafés. And while the first literary café in Europe wasn’t opened in Italy, it was at least opened by an Italian. Named Le Procope, it was opened by the young Sicilian Francesco Procopio dei Coltelli in Paris in 1686.

Situated in front on the famous Comédie-Française, the Parisian theatre opened a few years earlier, Le Procope quickly became one of the centres of political and cultural life in the Ville Lumière, as well as a refuse for famous enlightened minds and countless protagonists of the French revolution. 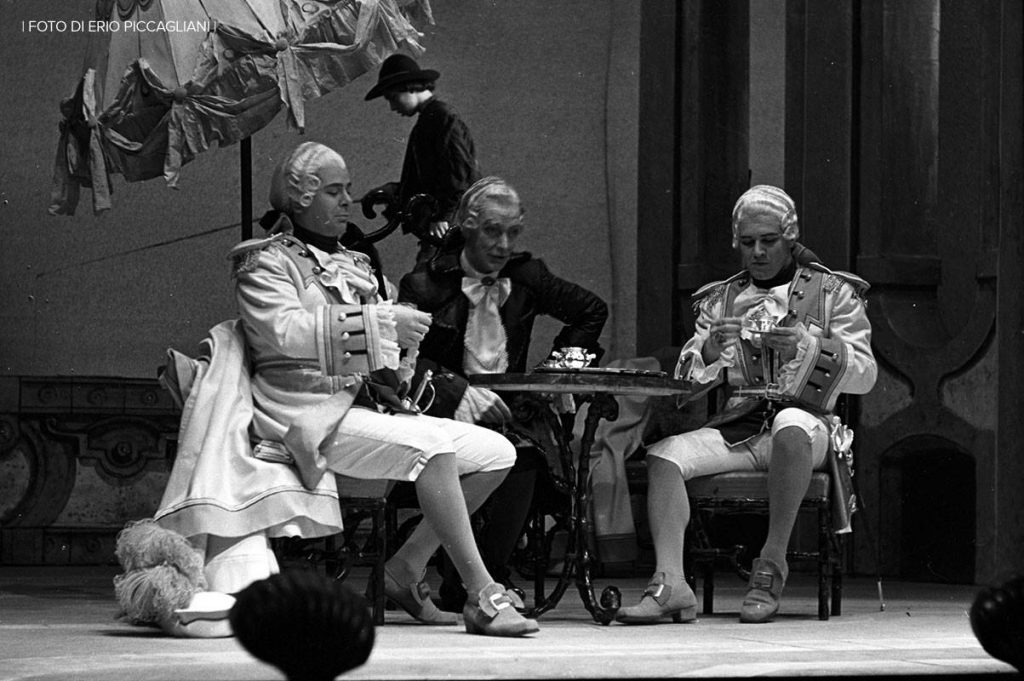 Theatres and concert halls enabled the Italian public to discover – in unique fashion – the bond between coffee and opera. Between the late 1700s and early 1800s, this connection was concentrated in the eight establishments located around the Teatro alla Scala, opened in 1778. The main hubs were Caffè Cova, which was often frequented by Giuseppe Verdi himself, and Caffè degli Artisti, later renamed Caffè dell’Orto.

Caffè Cambiasi, which was located right next to the Teatro alla Scala (as a result, it was also called Caffè del Teatro and later Caffè della Scala), was a hangout for singers, musicians and spectators. It was here that the Barbajada – a mix of cream, coffee and chocolate – was invented by Domenico Barbajada, a waiter at the café who then set up Caffè delle Sirene (later called Caffè dei Virtuosi, in Via Manzoni). Barbajada later became a manager of singers and shows at the Scala. Also situated near to the temple of opera were Caffè dell’Accademia, Caffè Martini, Caffè del Casino and Caffè dell’Alba. 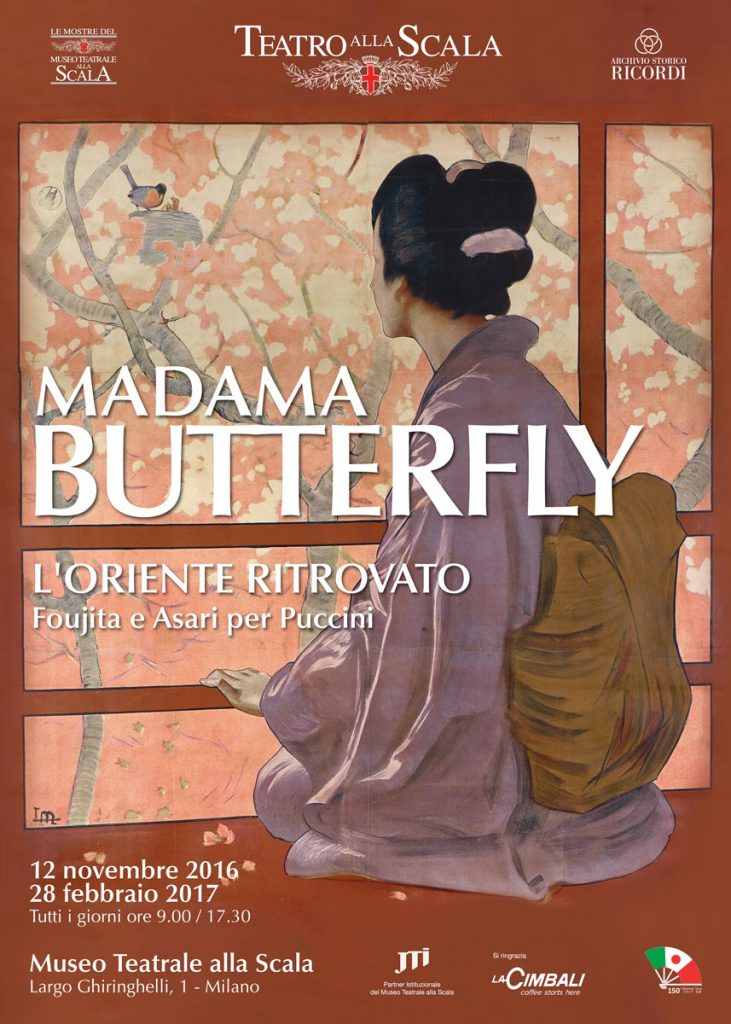 Classical culture in an espresso

The bond between coffee and the composers behind some of the greatest operas in the world did not stop at the threshold of the cafés responsible for fuelling the dynamic cultural climate of the 1800s. These figures went on to make art history in Europe. The eye is inevitably drawn to the world-famous composers who wrote entire scores in front of steaming cups, such as Verdi (more can be read in Sandro Piantanida’s “I caffè di Milano”, stored in the MUMAC Library (link a Library), Wagner (who regularly frequented Florian in Venice), Puccini (a loyal patron of Gran Caffè Margherita in Viareggio) and Liszt and Mendelssohn, regular customers of Antico Caffè Greco in Rome.

Yet the link is still alive and kicking today thanks to wonderful events designed to celebrate coffee culture. The Cimbali Group is an integral part of this, helping to organise the Madama Butterfly, l’Oriente ritrovato. Foujita e Asari per Puccini exhibition at the Teatro alla Scala museum to coincide with the opening of the 2016/17 season.

The “Chanson du Toréador” from Carmen, “O mio babbino caro” from Gianni Schicchi, “La calunnia è un venticello” from The Barber of Seville, the “Duetto dei fiori” from Madame Butterfly, “Una furtiva lagrima” from L’elisir d’amore and “Sì, mi chiamano Mimì” from La Bohème are just some of the universally known works from Italian and French opera written in the late 1800s and early 1900s by the likes of Rossini, Donizetti, Bellini, Verdi, Bizet and Puccini that the soloists of the Teatro alla Scala opera academy (link a sito Accademia Teatro alla Scala) performed at MUMAC. The event attracted a sold-out crowd of 150 people. The success of the initiative should come as no surprise, given the parallels between the two organisations. The Teatro alla Scala opera academy is the heir to the “Cadetti della Scala” school set up by Arturo Toscanini in 1950 to promote the spread of Italy’s opera traditions around the world,

while MUMAC – spurred on by a rare passion of history, custom and the greatest coffee machines ever created – helps to boost the popularity of coffee culture and an exquisitely Italian approach to style and innovation.

Time to discover the energy that art and coffee can still offer! 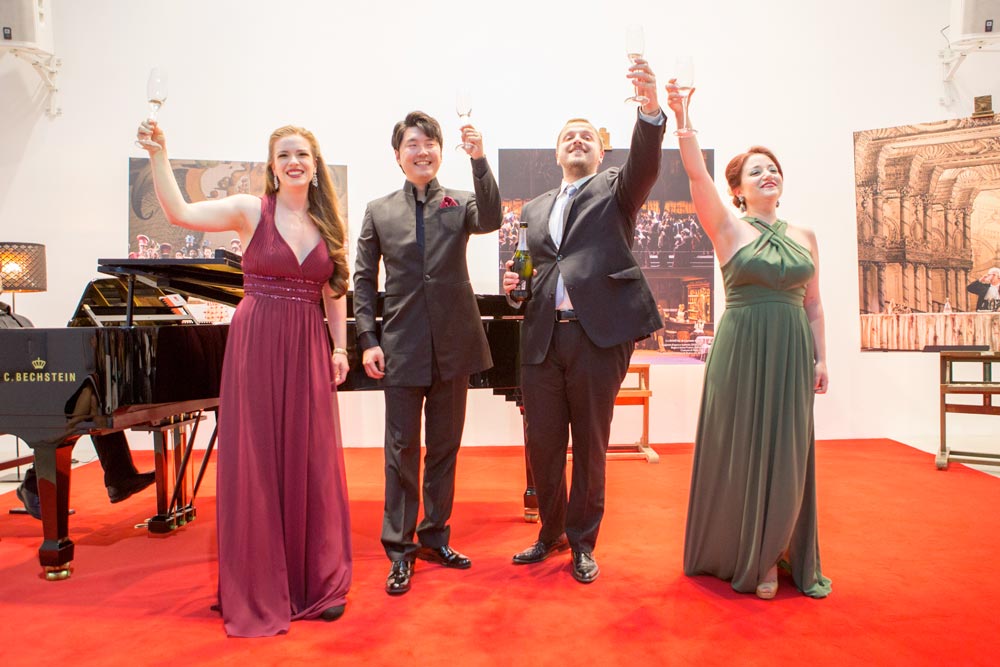