The bond between literature and coffee has endured for hundreds of years. From love stories to novels, we’ve put together a small collection of books that mention espresso, bars, cafés and the so-called literary cafés

Coffee has always occupied a position of some significance across all intellectual fields, not least literature. During the Age of Enlightenment, literary cafés sprung up, becoming informal social clubs where intellectual could discuss a range of topics. These establishments married pleasure (coffee) with the business of spreading knowledge. In June 1764, Pietro Verri founded the Il Caffè magazine in Milan. The name was chosen to reflect the growing phenomenon of cafés as places to discuss culture.

Taking literature on its own, the Austrian writer Friedrich Torberg was a huge coffee lover and in 1929 composed his Ode to Black Coffee. “Dear, hot, delicious black coffee,” wrote Torberg. “Be it mocha, Turkish or real Serbian, or God knows what else, gentleman of the home or not; when I see you in front of me, you’re just a good, hot coffee. You have to know, and indeed you do, without you I couldn’t work, my mind is already in trouble: even worse it would be if on my desk there was no Thermos full of good coffee.”

Books to read with a coffee

Books and coffee have gone hand in hand for hundreds of years. We’ve poured over many pages to find the books that mention bistros, coffee and that heady aroma, as if the smell of coffee emanates from their very pages. These might not be the most famous books and authors and they might not be from the highest echelon of the art form, but we’ve chosen them because they have managed to describe coffee and its characteristics with aplomb.

We’re going to start with Zora Neale Hurston, the American writer who formed part of the Harlem Renaissance. Her novel Their Eyes Were Watching God contains a passage in which she manages to sum up the social and psychological importance of coffee in just a few lines: “Janie went down and the landlady made her drink some coffee with her because she said her husband was dead and it was bad to be having your morning coffee by yourself. So clearly coffee is about companionship, and promotes healing. Coffee has a chameleon-like nature: though it’s the consummate non-prescription upper, it’s also a balm, a salve. It fosters community and the repair of sorrow.  It is a bridge between the despairing and the hopeful.” 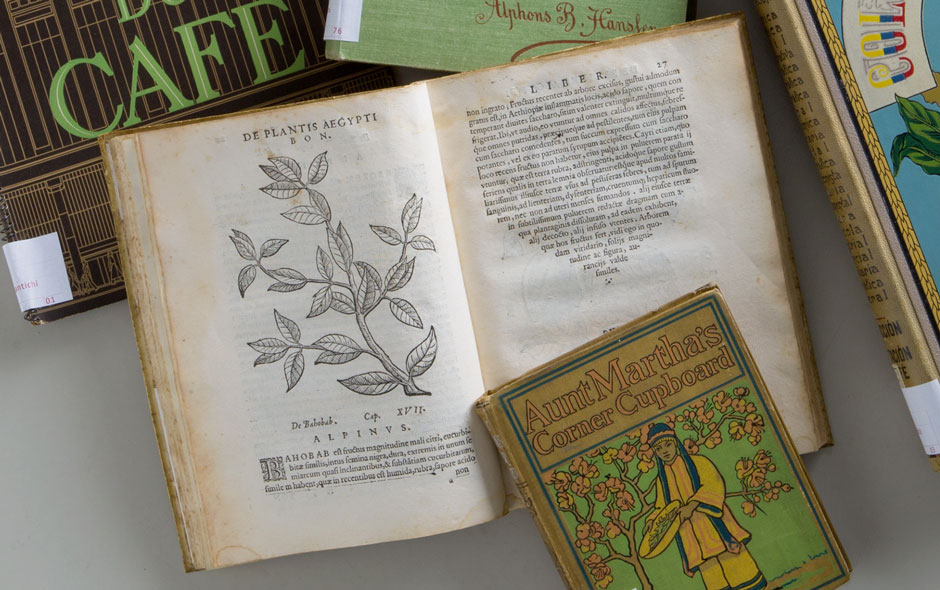 Love in a cup

Still in the United States, Gary Shteyngart was another to write about the power of a cup of coffee. In his The Russian Debutante’s Handbook, he writes: “…he grew restless, attributing it to the coffee settling in his stomach. Vladimir Girshkin […] numbed by romantic boredom, tired of bureaucratic red tape, and sexually stymied by his girlfriend’s occupational promiscuity […] seeks stimulus, inspiration! He wants to be alert! The coffee doesn’t make him restless – it only awakens him to his true feelings. Thus coffee is a truth serum! Coffee lifts the veil of self-delusion!

According to Chilean writer Roberto Bolaño, coffee is a clear sign of affection. He writes of it in his The Savage Detectives: “December 16 – I’m sick for real. Rosario is making me stay in bed.  Before she left for work she went out to borrow a thermos from a neighbour and she left me half a litre of coffee. Also four aspirin. I have a fever. I’ve started and finished two poems. Coffee as litmus test. Coffee as a baseline, a standard. A token of caring, requiring a suitable vessel. A lover wanting her coffee gift kept warm while she’s away.”

There are lots of novels with coffee in the name or set in cafés. The Ballad of the Sad Café is the title of a book written by Carson McCullers in which he writes about a love story set in Miss Amelia’s café.

Cats, Lace and Coffee Beans is a modern fairy-tale by Indian author Anjali Banerjee. Packed with joy and imagination, the main characters are Lily, a 39-year-old widow, a stray white cat and a magic coffee bean. Patrick Modiano’s In the Café of Lost Youth is set in 1960s Paris. The café in question is the Condé café in the Latin Quarter, where young students, wretched poets and mysterious customers hang out. Through the images and aroma of coffee, the French writer recreates the Paris of his youth around the fascinating, moving main character.

Women’s Coffee is the title of the debut novel from Widad Tamimi, the daughter of a Palestine refugee fleeing Israeli occupation. In the book, the author expresses her hope that a curiosity and desire for peace helps the Israeli and Palestinian people to find channels of dialogue.

Won over by an espresso

Moving on to look at Italian authors, Diego Galdino is well deserving of a mention. His Il primo caffè del mattino [The first coffee of the morning] tells the tale of Massimo, the 30-year-old owner of a small bar in the heart of Rome. Every morning, at dawn, he walks through the streets of the city still half-asleep, inhaling the smell of freshly baked bread, eventually reaching his bar. Waiting for him there is the first coffee of the day. It is the one with the most intense aroma and the best flavour. A girl with green eyes and the lost air of a foreign tourist is about to enter his bar. Something very important is about to happen – partly because of a cup of espresso.

At the start of this article we mentioned literary cafés, so we can’t help but mention Paolo La Peruta, the author that has been running one in Lecce for the last 15 years. He recently published Senza Pace [Without Peace], his second thriller. His stories are set in his café (with is simply called Caffè Letterario) and the protagonists are inspired by the people who visit his café or work there.

Finally, we end with perhaps the most affectionate line ever written about coffee. It’s taken from Erri De Luca’s I tre cavalli [The Three Horses], which is about life, hopes, rebirth and humanity. “All you need to fill a room is a coffee pot on the heat.” We couldn’t possibly disagree!