FROM 19 SEPTEMBER CLOSED FOR RESTYLING:
WE ARE WAITING FOR YOU FROM 23 OCTOBER WITH THE NEWS OF THE TEN YEAR

Coffee can become an iconic representative of an era, through professional espresso machines whose design is recognised worldwide. La Cornuta and Faema E61 are excellent examples of this phenomenon. They will be featured in two of the most fascinating exhibitions opened during Design Week 2018: Stories. Italian Design, the eleventh edition at the Triennale Design Museum, which explores the evolution of Italian style through numerous stories that combine to define its complex nature, and Uno per Uno, an exhibition-showcase of corporate museums and private collections in the spectacular Spazio MIL area in Sesto San Giovanni, which presents productive encounters between designers and industries that have brought “made in Lombardy” global recognition.

MUMAC has organised two major events and two loans that confirm its commitment to spreading the outstanding culture of Italian design and high-quality coffee.

The Triennale Museum features the D.P. 47 model, better known as La Cornuta, a splendid professional espresso machine designed by Giò Ponti in 1947 for the La Pavoni company. A true metal sculpture, it was one of the first coffee machines with a horizontal design, featuring curved group heads that stand out from the cylindrical tank, hence the nickname “La Cornuta” (The Horned). 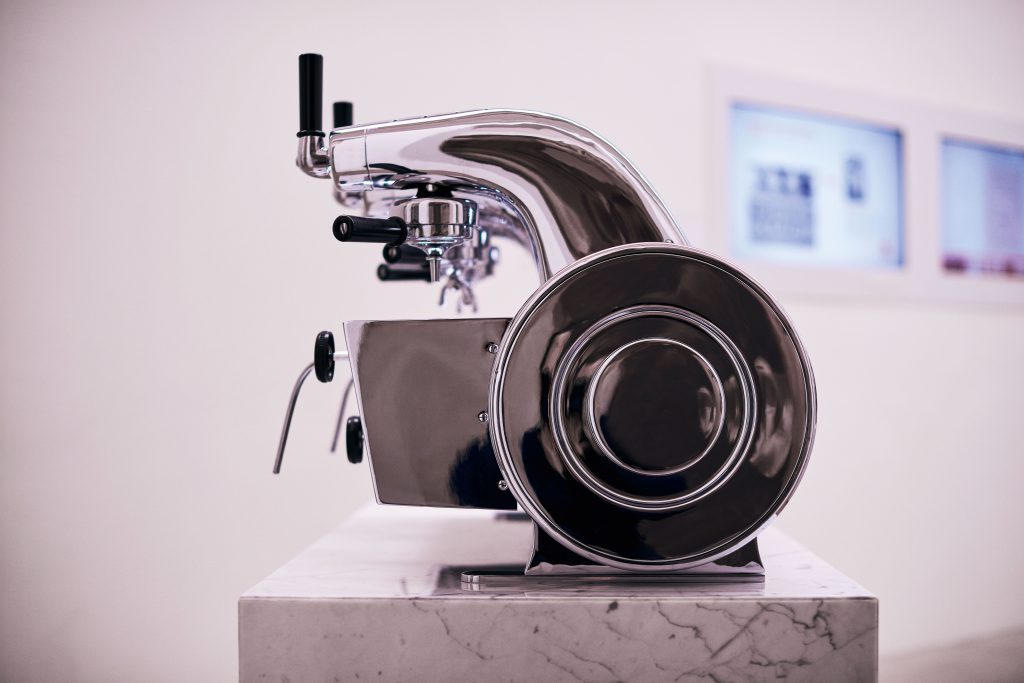 It was aesthetically avant-garde for the time and remains a rare sight today, since there are only two in the world, one of which was discovered in a hotel that closed over fifty years ago and was subsequently moved to Gruppo Cimbali’s museum. It was restored over the course of three months by Officine Maltoni, a workshop that specialises in the restoration of historic Italian espresso machines for bars produced between 1900 and 1960.

The “Carroponte” area of the Giovanni Sacchi Archive/Spazio MIL displays a Faema E61, an innovative model that improved coffee quality and was easier for baristas to operate. The result of the evolution of coffee machines and previous patents, including the “infusion” process in which a small amount of hot water at a low pressure absorbed coffee powder before it was completely immersed in water in the next stage, E61 was known as the “continuous dispensing machine” because it allowed maximum extraction of coffee’s aromatic substances in 25 seconds. 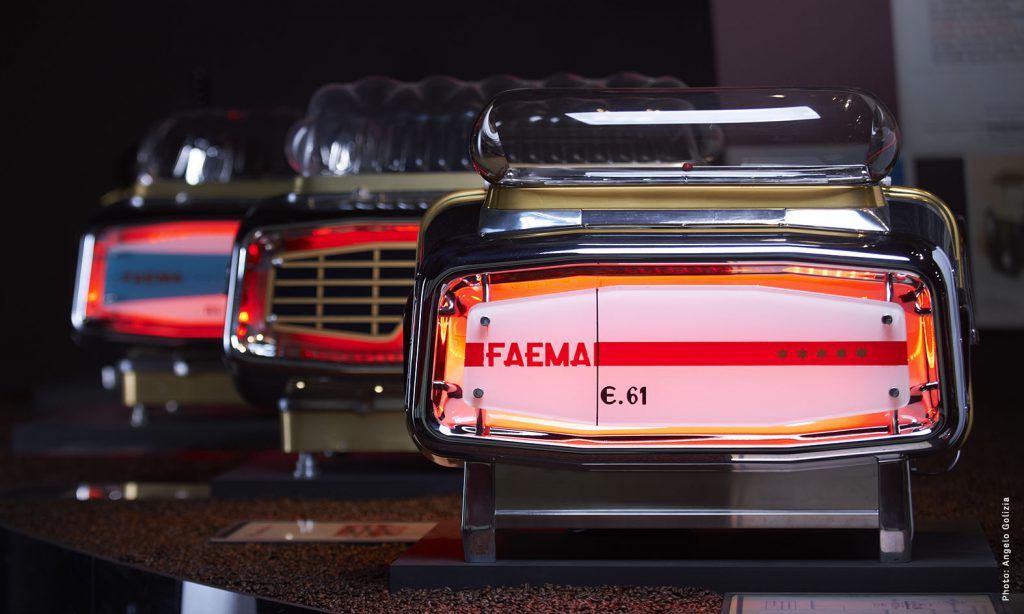 The product, which enabled Faema – now a Gruppo Cimbali brand – to conquer the national and international markets, was named after the solar eclipse that happened in the year of its launch, 1961. An icon in the bar world, this model, which Gruppo Cimbali re-launched on the market in 2001, is still produced today in its Legend version with an original design whose identity has withstood the passing of time, trends and fashions.

Because design icons tell stories that are always current, as these two undeniably important exhibitions demonstrate.