FROM 19 SEPTEMBER CLOSED FOR RESTYLING:
WE ARE WAITING FOR YOU FROM 23 OCTOBER WITH THE NEWS OF THE TEN YEAR

Between 1910 and today, espresso preparation has completely changed, as well as the way in which it is served, interpreted and tasted. An exhibition at the Cube Design Museum celebrates Italian Passion through iconic Italian machines

Cafés came first: cafés with large windows and verandas where you could sit undisturbed at a table, observing city life and pondering over ideas and concepts. Cafés were the ideal place for a short break, a romantic date or just for business. It was in cafés that the first column espresso coffee machines started to appear, so called due to the vertical arrangement of the boiler. These machines technically identified the new way to consume the drink: made expressly for customers. Exquisitely Italian coffees are celebrated in the new exhibition at the Cube Design Museum in Kerkrade, which pays homage to Italian design with Italian Passion, an exhibition of iconic coffee machine models, some of which are on loan from MUMAC, reinforcing its position as one of the richest, best-curated collections in the industry.

Column jewels
In little more than a century, both the coffee drink and the professional espresso machine have been completely transformed. The first machines were small, large jewels with sophisticated designs and pure Art Nouveau decorations, such as the 1910 Victoria Arduino “Extra type”, which is distinguished by its aesthetic research and technical details.

Design colors the bars
In bars, the machine became a symbol of efficiency that was displayed and exhibited, such as the Rapida, Gioiello and Granluce by Cimbali, the Mignonet by Universal, with a heating system that combined coal and electricity, and “Esportazione” by Gaggia, industrial examples of post-war revival and “cream-coffee” innovation.
A new phenomenon emerged in the early ‘50s: the bar, an English word that refers to the counter at which standing customers consumed their coffee.
The espresso machine soon became the star of the bars’counters and designers began to create signature pieces. Two were particularly notable: the La Pavoni Concorso model designed by Bruno Munari and Enzo Mari, which had bright colors and modular elements that made up the front panel, which could be assembled in various combinations, and Cimbali’s Pitagora, designed by the Castiglioni brothers, which won the Compasso d’oro. 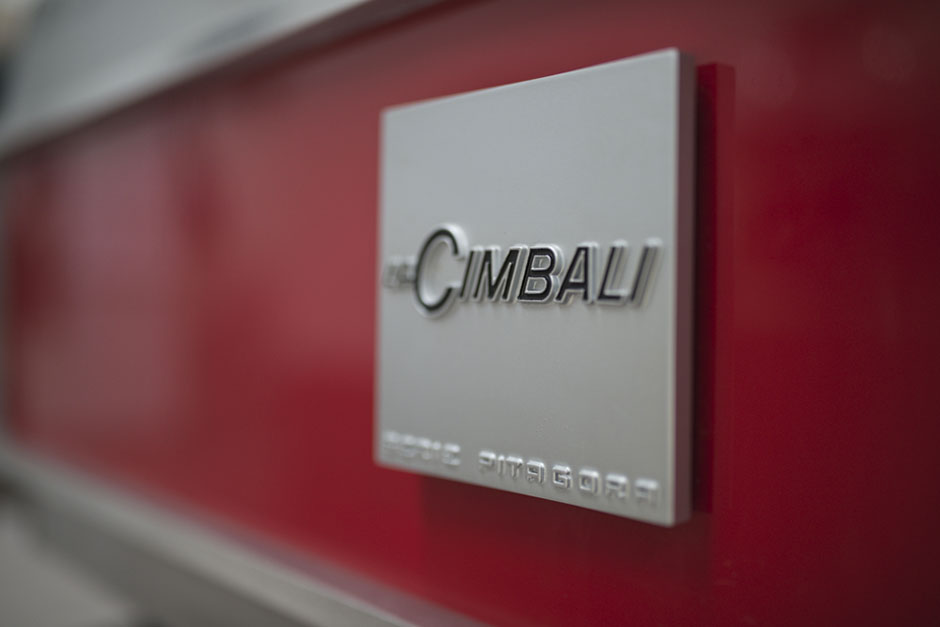 Pitagora and functional design
1962 was the year when the LaCimbali brand truly established itself: Pitagora is the only professional coffee machine in the world to have received this recognition. This iconic machine was a big hit in the bars of the era with its bright colors, perfectly embodying the spirit of the designers: “The starting point,” explained Achille Castiglioni, “was an object’s functionality.” It is no surprise that every element of Pitagora is designed to rationalize and facilitate its use: from the cup warmer to the lever mechanisms, all the functions are hidden inside the body, while some technical solutions applied to the steam lances and worktop make it easier for baristas to use.

The revolutionary Faema E61
It was a time of great innovation and excitement: just a year earlier, FAEMA’s E61 was launched, a model that was so revolutionary that it is still produced today. The first continuous dispensing coffee machine, it was simple to use and guaranteed the constant quality of excellent coffee-cream in the cup, which industry research had been focused on for some time. Named in honor of the great solar eclipse of 1961, this masterpiece marked the dawn of a new era in the production of bar coffee machines. 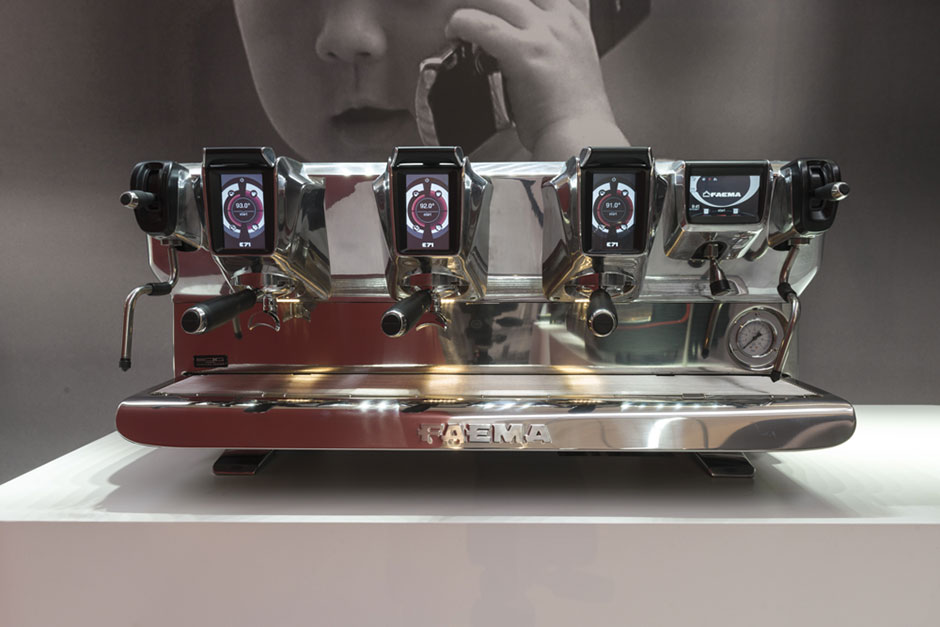 E71, for designer coffee
Inspired by the legendary E61, the new FAEMA E71 is now the best interpreter of designer coffee. The extraordinary combination of iconic design by Giugiaro Design, featuring innovative technology and traditional functions, was specifically created to offer baristas the freedom to express their art. With Faema E71, the entire coffee dispensing process is entrusted to the skilful hands of the barman: the ability to work both with a manual lever and by using the integrated touch screen display is an absolute novelty in the world of traditional machines.

S30 super-technology
Another winner of one of the most important competitions in the world dedicated to design, the Red Dot Award – Product Design 2016, was LaCimbali S30, the perfect embodiment of the technological and international scope that coffee has acquired over time.
From coffee to milk and chocolate, the S30 super-automatic offers endless possibilities to customize drinks based on the user’s requirements, making the operator’s experience unique.
S30 customers are guaranteed an extensive drinks menu to satisfy even the most demanding palates.
From Art Nouveau to super-technological: a century-long evolution that attests to Italy’s constantly innovative, technological, designer approach to coffee.